Is IV Therapy Safe While Pregnant? 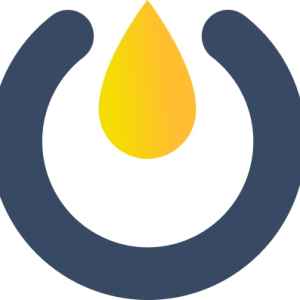 So, you’re pregnant and have been thinking about IV therapy, but hesitating. Maybe you are a little concerned about what might happen if you do decide to get the IV vitamin therapy while pregnant… Well, it’s worth giving it some thought. After all, we want our kids to be as healthy as possible — right?

You’ve no doubt heard the old wives’ tales that ingesting something while pregnant can induce labor or harm the baby in some way – or something a mother did during her pregnancy could influence her child for life.

Applying IV therapy during pregnancy is a touchy subject. The short answer is yes, it is safe as long as certain guidelines are followed. The longer answer is also yes, but before we get to that, let’s ease your concerns about the pregnancy and IV protocol.

First, what is Infusion Therapy? IV therapy is an intravenous treatment whereby nutrients are administered are directly infused into the bloodstream and the renown for being quick and effective.

With IV infusion, pregnant women can easily receive vitamins & minerals needed during their pregnancy, and with the advent of mobile-IV therapy, expectant mothers can get the treatment at the comfort of their home without the need to move around a lot.

The process takes about 30-45 minutes and during this period, the expectant mother can do other things like watch tv or even take a nap.

Now, let’s take a look at the benefits of IV therapy for pregnant women

Now, let’s get to the question of is IV therapy safe while pregnant?

There is no direct answer to the question of “IV therapy being safe while pregnant” but it’s important to note that while IV therapy has a lot of benefits for pregnant women, it’s recommended that you consult with your physician before commencing any IV treatment procedure during pregnancy.

For instance, for a woman suffering from a condition like a hyperemesis gravidarum, IV treatment is necessary in this case because of severe nausea and vomiting to help replace lost fluids. However, for expectant mothers who are simply looking for an energy boost, you might want to weigh the risks involved as the use of IV therapy during pregnancy could lead to infection and this is usually as a result of the absorbing a particular vitamin or nutrient in excess thereby issues like skin damage, blood clots, inflammation in the veins, etc.

Myers cocktail IV is considered one of the best IV options for pregnant women.

Got that bundle of joy on the way and need IV therapy o ease things?

When it comes to your health and the health of your baby, there is no room for error. At IV Concierge we are passionate about helping all expecting mothers maintain optimal health during this special time by providing customized IV care.

Whether you’re a traveling professional in need of IV therapy, we help provide mobile IV therapy for all types of pregnant women in South Florida and Miami. We offer a mobile-iv service that makes it easy for expectant mothers to get the care they need anywhere they want.

Meta description: There are lots of things you buy or do while being pregnant. Here’s why IV therapy should take advantage of the benefits of IV therapy and why you should consult a physician before taking the treatment

PrevIs IV therapy Safe for Everyday Use?
10 Benefits of Vitamins for Our HealthNext